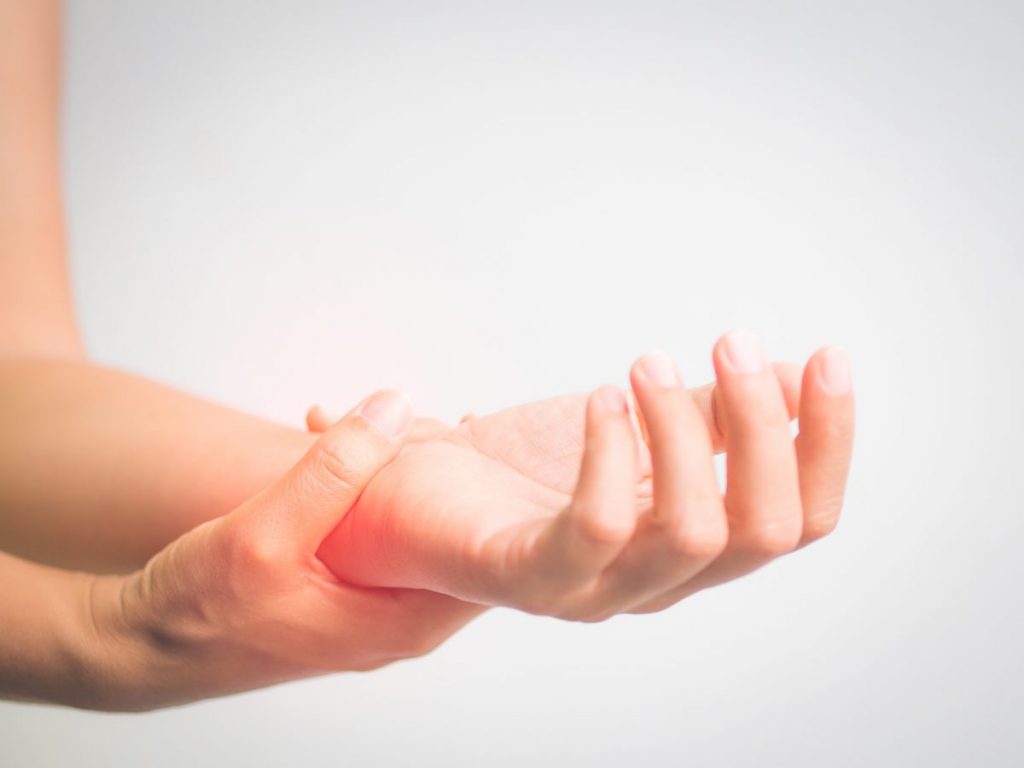 Following an injury or surgery, even something as simple as a sprained ankle, some people begin experiencing intense pain that seems to spread from the injury and makes the entire limb feel on fire or as if electrical shocks are running up and down the area. Often, doctors diagnose these individuals with complex regional pain syndrome (CRPS), a condition for which there are many causes and symptoms.

1. What is Complex Regional Pain Syndrome?

Complex regional pain syndrome is a rare condition that can occur after surgery, stroke, heart attack, or an injury. It is thought to be an unusual autoimmune response to the trauma. Unfortunately, this pain is often more impactful than the injury or preceding illness itself.

Complex regional pain syndrome is believed to be caused by the malfunction of, or from damage to, the peripheral and central nervous systems, combined with the immune response. The pain causes the immune system to overreact, resulting in swelling and stiffness in the affected joints. The initial cause is the trauma, which leads to a cascade of events resulting in complex regional pain syndrome.

Complex regional pain syndrome is often a chronic condition lasting more than six months. You may experience symptoms for a while and go into remission, only to have the condition flare up again at a later date. CRPS will affect some people just once and never again, while others are in constant pain and need treatment regularly.

4. What are the Symptoms of Complex Regional Pain Syndrome?

Complex regional pain syndrome manifests itself in several ways. You may feel constant dull or severe pain, or feel electric shocks or “pins and needles”; others describe the pain as burning and intense. Some people with CRPS have difficulty moving the affected limb, or the pain may travel to the opposite limb, as well. You may experience sweating in the affected area, where the skin may appear thin and shiny. Some people notice changes to hair and nail growth patterns and have tremors or jerking in the limb. Lastly, the affected limb may change color, becoming purple, red, blue, blotchy, or pale.

5. How Does a Doctor Diagnose Complex Regional Pain Syndrome?

6. Are There Different Types of Complex Regional Pain Syndrome?

If you fail to receive treatment for CRPS, you could experience severe complications including atrophy and muscle contraction. Atrophy causes your muscles, skin, and bones deteriorate due to lack of use. Affected extremities become weakened to the point where they cannot be used at all. Alternatively, your muscles may begin to contract, fixing the injured body part in one position, again rendering the limb unusable.

There are many options for treating complex regional pain syndrome. Your doctor may prescribe physical therapy, medications, and psychotherapy. You may find some relief from sympathetic nerve blocks, spinal cord stimulation, neurostimulation, intrathecal drug pumps, or Graded Motor imagery. Some people find alternative therapies helpful and turn to acupuncture, chiropractic, and biofeedback for relief. Other modalities that work toward relaxing the limb include behavior modification, relaxation techniques, progressive muscle relaxation, and guided motion therapy.

9. Who is At Risk of Complex Regional Pain Syndrome?

Complex regional pain syndrome may affect anyone at any age, but the median age is 40. Children and adults younger than 30 have been known to develop CRPS. Women seem to develop the condition more than men, but men can get it, too. Anyone who has had an injury is at risk, especially if the injury affects the extremities.

10. What is the Prognosis for Recovery from Complex Regional Pain Syndrome?

The earlier CRPS is diagnosed and treated, the better the prognosis. Younger people, especially those under the age of 20 are more likely to recover from complex regional pain syndrome than older individuals. However, the disorder is different for everyone and some people deal with chronic pain and disability, even with treatment.