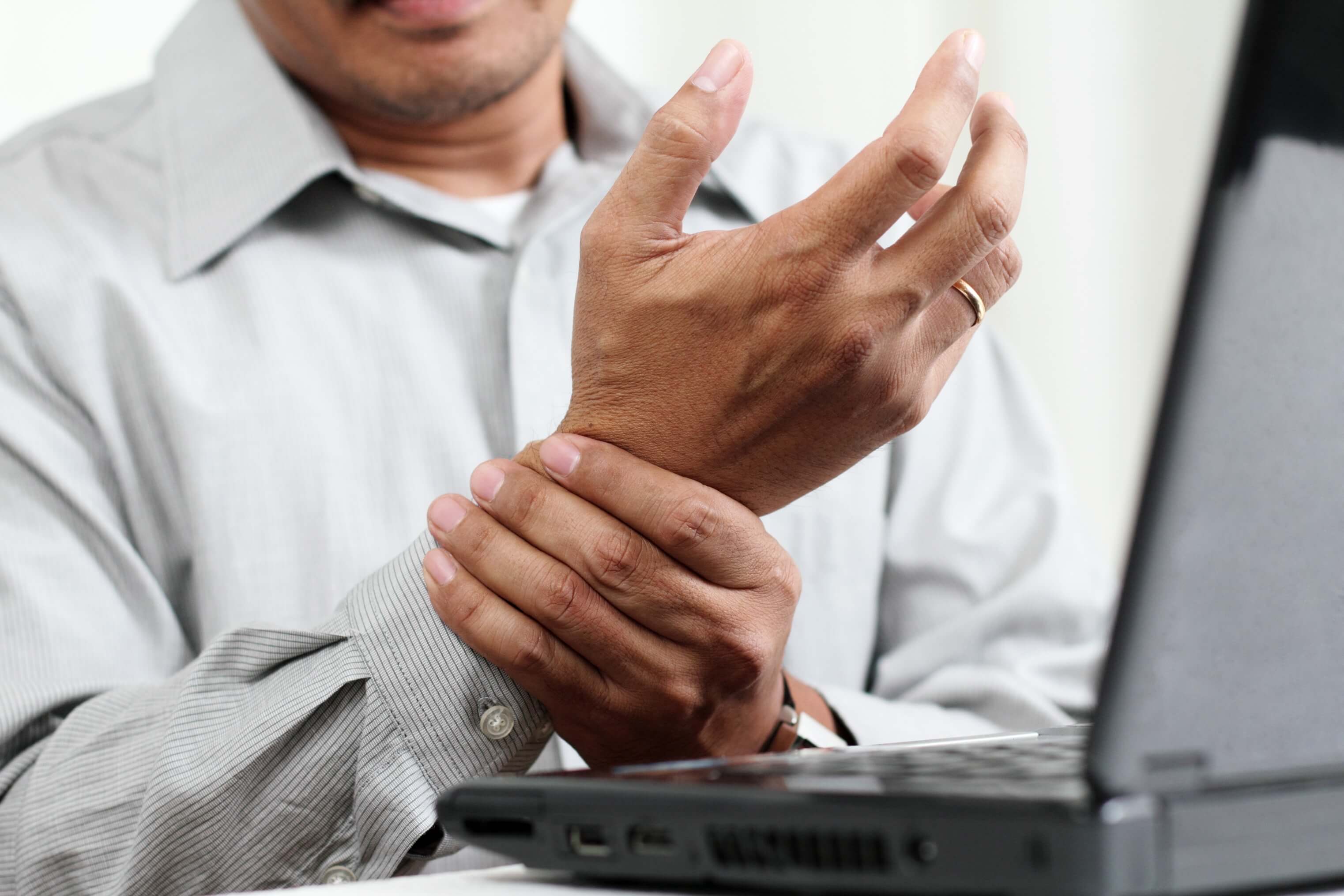 Pressure on the median nerve – the central nerve that connects to the hand – causes carpal tunnel syndrome. In carpal tunnel patients, it causes pain and lack of function in the hand when squeezed. People whose work requires repetitive hand movements often experience this disorder. For example, people who work on computers and hair stylists commonly experience carpal tunnel syndrome. Pregnant women are also highly susceptible. A wrist splint or exercises can ease symptoms in the early days, however, in advanced cases surgery is necessary.

Everyone recognizes the tingling sensation known as pins and needles. This easily happens to someone who stays in an awkward position without moving hands and legs over a period. In these cases, the feeling is no more than a slight irritant, but with carpal tunnel syndrome, the sensation is far more intense and unpleasant. Usually, it only affects the thumb and fingers, but it can also spread to other areas.

Even in the early stages, carpal tunnel syndrome can be extremely painful. The pain is usually in the hands and fingers, however, in severe cases it may travel through the arm to the shoulder. Pain patterns vary from patient to patient. Doctors are continuously researching to understand more about carpal tunnel syndrome.

3. Numbness in the fingertips

Carpal tunnel syndrome may cause loss of feeling in the fingers. The fingers may feel very little to no sensation at all. As a result, patients may be unable to complete normal day to day tasks. Surgical treatment is usually necessary to restore sensation and function. However, exercise and home treatment may be enough in some cases.

Quite regularly people with carpal tunnel syndrome feel as though their hands or fingers have become swollen. When the doctor checks them, they find no evidence of swelling, but patients continue to feel that sensation. Minor swelling may occur above the wrist at times in carpal tunnel syndrome. However, most patients report the feeling in the fingers, localized to where the numbness occurs.

One of the most common carpal tunnel syndrome feelings is a sense of hands that have lost their power. In particular, people claim that they find it harder to grip small objects and this causes many breakages in the kitchen. Medical tests do not reveal any marked loss of hand power in these cases, so doctors remain uncertain why so many patients feel this way. However, some slight deterioration in grip control may happen after surgical treatment.

6. Responds to changes in wrist movements

People with carpal tunnel syndrome often find that they can get relief by moving their hand into a different position. Symptoms are usually worse at night – presumably because of fewer hand movements. In the most severe cases, the symptoms might be so intense that they disturb sleep and cause night waking.

7. A condition that worsens over time

Carpel tunnel syndrome worsens with time, especially if symptoms go ignored and untreated. Surgery is usually necessary for the later stages of the condition. Early detection is best, as treatment is quite simple in the early stages. Wrist splints and exercise are usually enough to relieve symptoms in the early stages.

A certain number of people might notice changes in the color of the skin of their hand as a consequence of this condition. Sometimes the skin could become dry. Tingling and numbness feelings in their hand is also a good indication that they might have carpal tunnel syndrome. This is especially likely to be the case if they also feel that their fingertips have become frigid.

9. Stiffness of the fingers

Some carpal tunnel syndrome patients complain that they feel as though their fingers are very stiff. However, when the doctor examines them, they fail to find any evidence to support this feeling. If the patient’s fingers actually have become stiff, it’s likely they are experiencing rheumatic or arthritic condition.

One of the strangest feelings associated with carpal tunnel syndrome is in response to a certain hand movement. People say they sense something comparable to the twang of a released rubber band in their hand and fingers. Nobody is sure what exactly causes them to have this feeling. In particular, patients report this happening after they have had surgery performed.